The information included in the reports speaks directly to eight previously identified goals for the Vancouver HOV Lane.

Located on southbound I-5 between 99th Street and Mill Plain Boulevard in Vancouver, the HOV lane is a yearlong pilot project that began in October 2001. Throughout the test period, it will be monitored and evaluated on an ongoing basis according to established traffic engineering standards and specific success indicators such as usage, travel time, violation rate and public opinion. Because this information will be the basis for future decisions regarding the Vancouver HOV Lane, WSDOT is committed to collecting accurate and sufficient data.

As congestion continues to grow in Southwest Washington, the community has asked WSDOT to find ways to maximize the capacity of existing freeways. Through an extensive planning and public involvement effort led by the Southwest Washington Regional Transportation Council, the HOV lane was identified as a possible affordable and efficient way to keep people moving on I-5 now and in the future.

The Vancouver HOV Lane is the initial phase of a bi-state plan that includes a southbound lane in Oregon during the morning commute. Future extension would be in conjunction with the I-5 widening in Delta Park and additional river-crossing capacity that are currently under discussion.

For more information regarding the pilot project, please visit the Vancouver HOV Lane website at http://www.rtc.wa.gov/hov/ 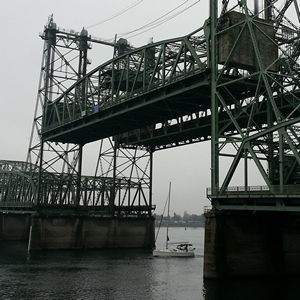