The Interstate Bridge is actually a pair of nearly identical steel vertical lift, through-truss bridges that carry Interstate 5 traffic over the Columbia River between Vancouver, Washington, and Portland, Oregon. The northbound span was opened in 1917 for two-way traffic, and the southbound span was added in 1958, and now carries three lanes in both directions. More history and photos...

The Glenn L. Jackson Memorial Bridge, or I-205 bridge, is a segmental bridge that spans the Columbia River between eastern Vancouver, Washington and Portland, Oregon. It is a twin structure with four lanes in each direction and a 9-ft wide bicycle and pedestrian path in between, which opened for traffic in December 1982. More history and photos...

Historical average month and average weekday traffic data volumes, across the Interstate Bridge (I-5) and the Glenn Jackson Bridge (I-205), collected over the period 1961 through present. Actual data is shown below graph.

Both Columbia River bridges are suffering daily congestion during morning and evening peak periods. The Interstate Bridge had reached capacity during peak hours in the early-1990s, and the Glenn Jackson Bridge in the mid-2000s. With both Columbia River bridges reaching capacity in the morning and evening peak periods, peak spreading has occurred. Peak spreading leads to a flattening and longer peak period as trips shift to times immediately before and after the peak demand. The impact of this type of congestion means that the peak hour becomes a peak period that can last three or more hours. The ongoing growth in all-day bridge crossings is now occurring during non-peak periods. 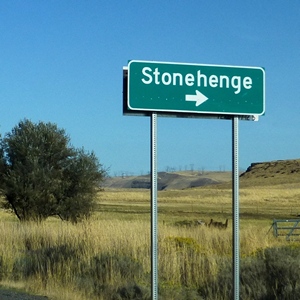